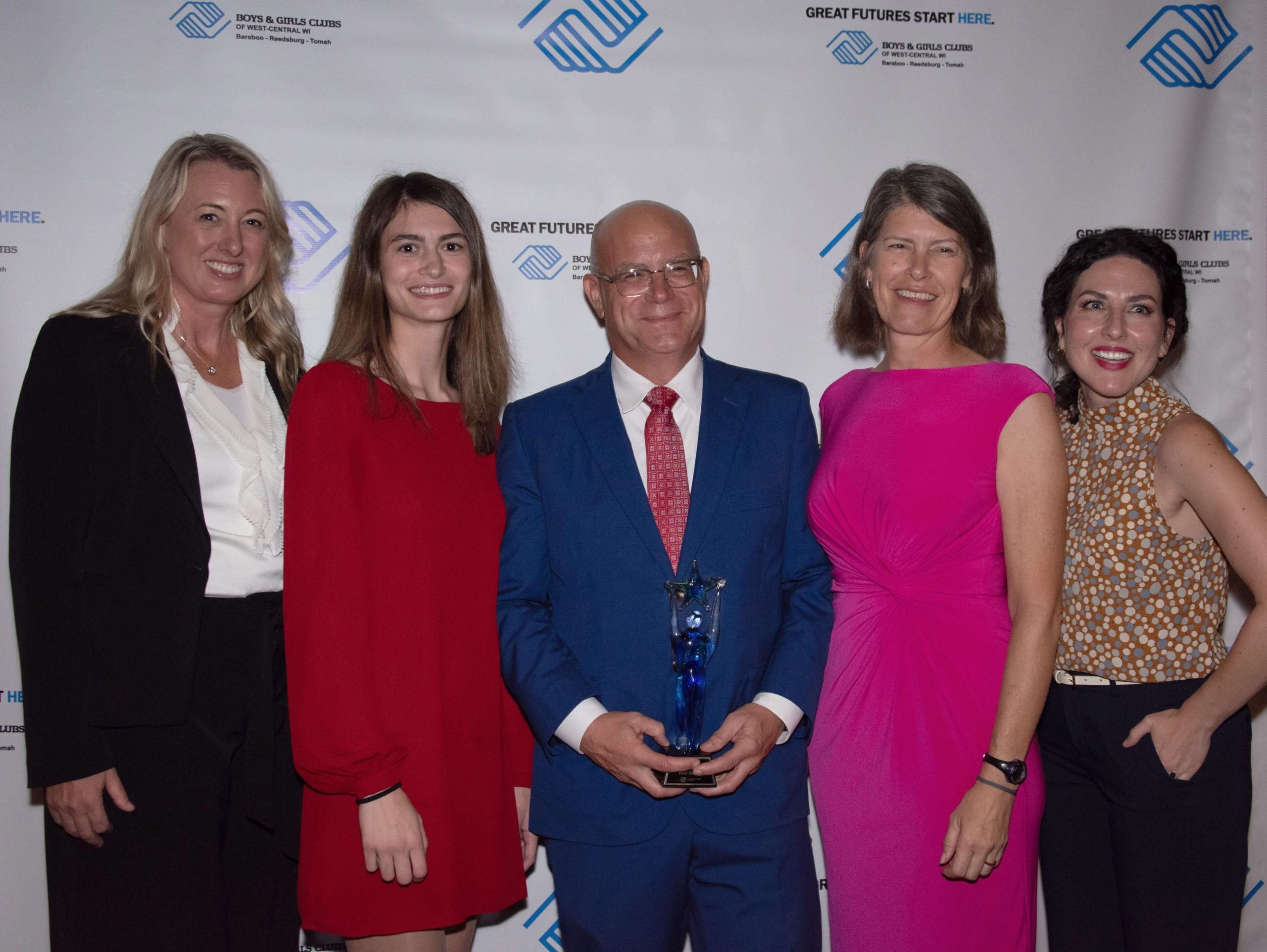 Board Member Inducted into Hall of Fame

A longtime board member and Club supporter marked his retirement from Boys & Girls Clubs of Sheboygan County board with a state level recognition. Paul Bartelt, who served from 2010-2020 was Sheboygan’s first inductee to the Wisconsin Hall of Fame for Boys & Girls Clubs. On September 14th, 2021, Club staff, volunteers, and friends across the state gathered in Wisconsin Dells to celebrate.

“Paul served as board president through some really challenging times, including the aftermath of the 2008 recession,” said Kimberly Keller, current board member. “But his commitment was unwavering and eventually led the organization to a place of enduring stability, excellence, and future promise.”

Paul is known for leading with a unifying vision, a skill for inspiring action, and a steadfast devotion to the Clubs’ mission. Over his tenure he helped ensure great futures for thousands of Sheboygan kids and teens. In his acceptance speech, Paul said watching Club staff make such a positive impact in the lives of kids motivated him to stay committed for a decade, even during difficult times.

“I’m constantly amazed by staff, boards, and the statewide network of Boys & Girls Clubs. The work is undeniably important for our communities. Kids are facing so many challenges. But this incredible group of people continue to show up for them each day.”  – Paul Bartelt

Paul’s retirement from the board and entry to the state Hall of Fame is truly a punctuation point worthy of recognition. His years of service created a ripple effect that will continue to positively impact kids in our community. Congratulations Paul!